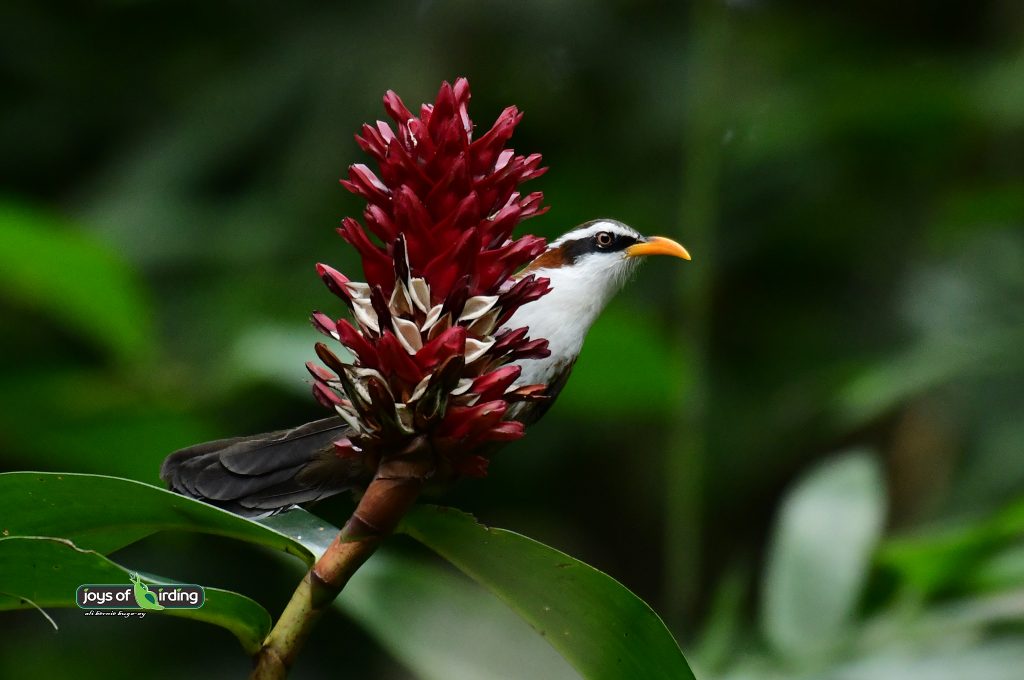 Frustration was taking a toll on me and my wife as we arrived at Kaengkratchan National Park; it was windy, cloudy, cold and birds may skip bird-baths and even showing where they are supposed to be. It’s a national park, well, birds should be anywhere but all of these elements added to less chances of finding them. We were in Baan Song Nok, we found the expected birds, but not all and it was alright. But going inside the national park is another story.

After spending all morning and a part of the afternoon in the hide last December 2, 2016, we decided to go in the national park and hoped for the best. We pitched our tents at 3:00 p.m. and we drove straight into the dirt road leading to three streams and then the last check point before going up to Panoen Thong, which is quite the summit in which more bird could possibly be found. There were no birds, except when it was really difficult to shoot, there were Hill-blue Flycatchers bathing at the third stream and I tried my best to take best photographs I could and they were all just for the record, the light condition was horrible.

December 3, 2016, we waited for friends to go up with us to Panoen Thong right before the Pitta Trail. As we were almost there, we stopped on the right hand side of the road, km 27 maybe, with wishful thinking, we might find Broadbills, as they usually make nests right there; instead, we found a King Cobra swimming looking for preys, and two Yellow-bellied Pit-vipers. We parked our trucks at the view point before going to the Thor Tip Waterfall trail and we spent the night there. I was thinking of different kinds of animals that could be seen during the night and sure enough I found a Large Indian Civet eating through something near our tent at about 1:00 a.m.; it was very difficult to sleep since I was imagining about other bigger animals that might come, like in the movies, so I just stayed awake until 4:00 a.m. and the rest of us woke up and I went to bed.

I was awaken by my wife at 5:30 a.m. as there was little light coming out from behind the mountains and enough to reveal birds perched on trees, she showed me a silhouetting Thrush on a huge branch and I tried to take photographs in which all my photos ended up dark, I was still so sleepy I did not remember changing the aperture setting that I used from yesterday.

Later, people arrived to watch the sea of clouds, I started walking down the mountain following the dirt road going to Thor Tip Waterfall trail, a hundred meters down the road, I found all sorts of birds that made my early morning day. Reaching down the parking area of the trail to Thor Tip Waterfall, I heard Laughing Thrushes and yet this White-browed Scimitar Baller appeared together with the others playing around bamboos and twigs in the thicket. Another joy of birding found and just when I was almost giving up, birds cheered me up as they revealed themselves unexpectedly. 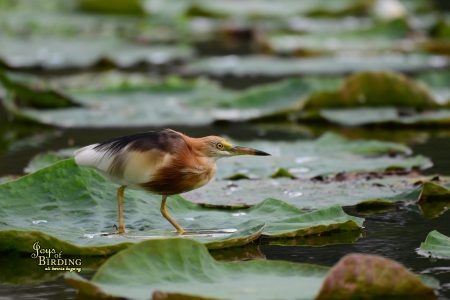