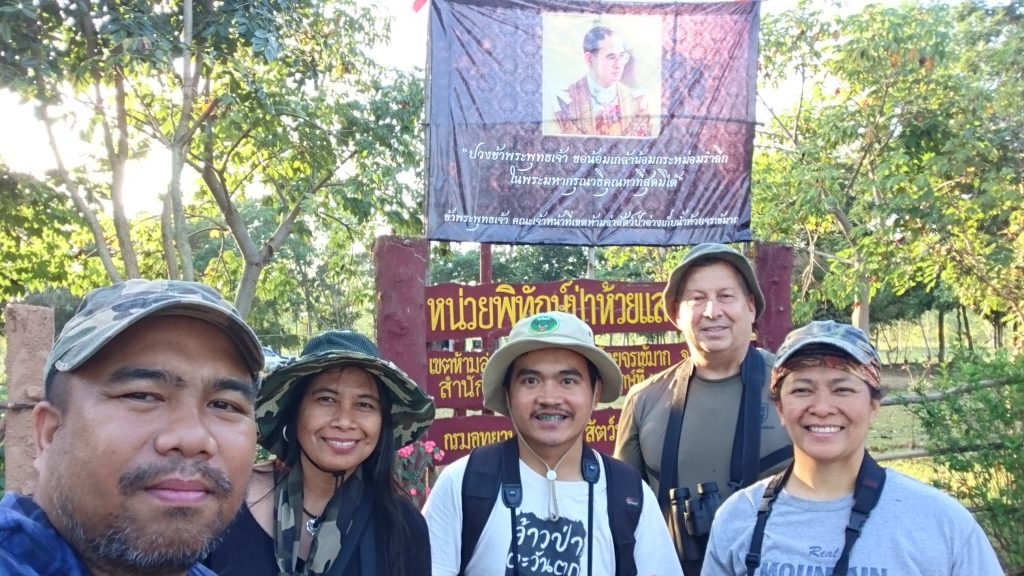 It was a dream come true for me and Arpha to have seen the Sarus Crane in the wild as the center continuously reintroduced them to the wild in Thailand. For Harry and Neth Miller, it was also the first time for them to see the Sarus Cranes and yet they have seen different cranes around the world. It was worth the long drive from Bangkok to Buriram. So much pavement to drive and it was stressful only to be relieved by seeing them.

Nuchjaree Purchkoon, is the head of reintroduction center, was very kind to give us very important information about the program and the possibility of visiting the center and watch the Sarus Crane. It would have been impossible for us if not for her. The place is far and unknown us, we don’t know how to get there. As we were about to travel to Buriram, I connected with Nuchjaree again and she was not able to reply, I was already scared since I want to be sure that we are going to be allowed to see them though they are in the wild, we need to connect and ask permission from the center. She replied the next day telling me that she was in Tiawan, now how on earth could we really see the Cranes. She sent me the name of her assistant, Sirinthip Moukomla, together with her mobile number and she was fantastic. She gave all the directions and the information we needed only for one problem now, most of staff at the center took their leave for vacation. Later she also gave me another name, Jakrapun Rugchon, he is the one directly in-charge of the cranes and he has a PhD on ornithology. he waited for us on the road to the center as we arrived at 3:00 o’ oclock in the afternoon.

Ton was a real gentleman and he took care of us, he asked us to put on rubber boots and took us in to the fenced breeding area. Nobody can get in there unless allowed by the center. he showed us the process and the structures where the cranes are kept for breeding and then he took us to another enclosure where there were juvenile cranes.

The is five feet tall, the neck is long, it is like an oversize Grey Heron. Its got this red neck, bald up to the head a bit, and big long bill that can strike at any food it targets on. Long legs and also a powerful flyer, the Sarus Crane has everything to survive and live in its habitat. The reintroduction is surely a success and the community has cooperated and participated we hope for more birds to come out from the center as they already have. 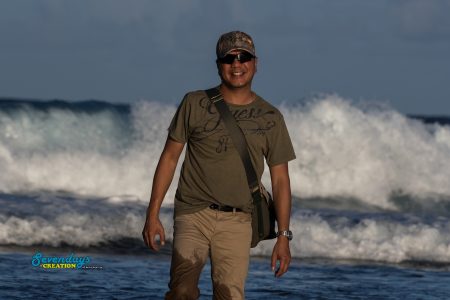