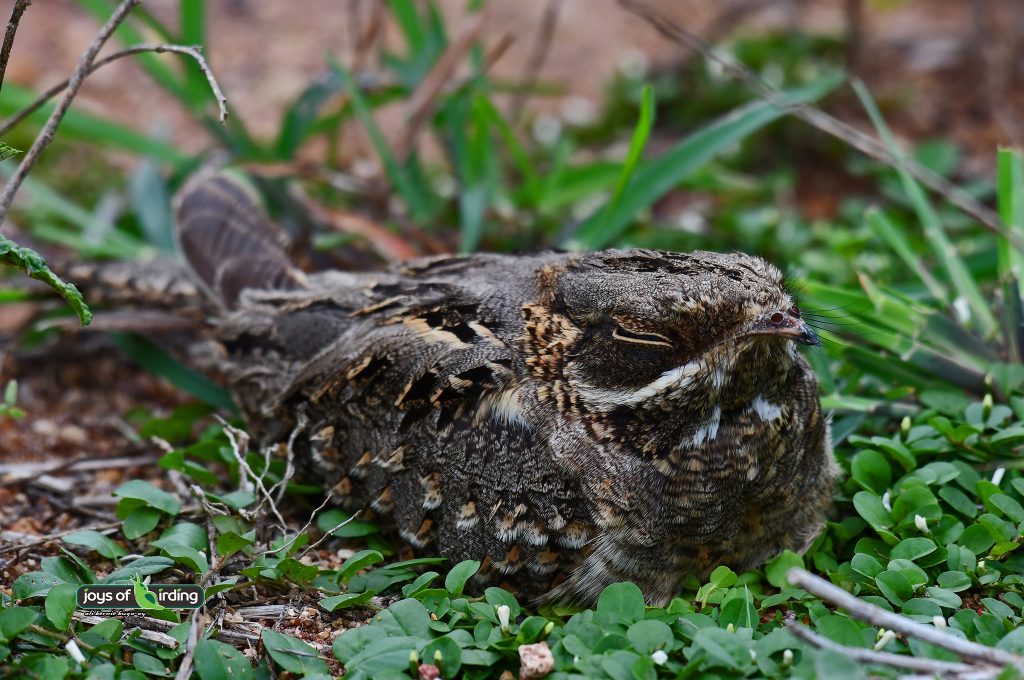 Copyright © 2017 by Ali Bernie Buga-ay, all rights reserved. Indian Nightjar: this photograph may not be used without permission.

I was walking around looking for nests and eggs of the Red-wattled Lapwings in which they leave when people approach their area where they are sitting or feeding. I was very sure that I would find one near the dirt road. I made sure I was quiet and stepped on the dirt as careful as I could. As I was just trying to scan the ground this Nightjar was surprise of a find, I had my Fujifilm XT-10 with a 60mm macro lens on and I was so disappointed.

What I did was I took some shots with the macro lens and I can’t just come closer. After taking some shots, I slowly went back to the truck which was just fifteen feet away. To my delight the Nightjar did not mind a thing, it stayed there tucked and comfortable.

I came back with the D500 with my Nikkor 200-500mm and started taking shots while standing in front of the lovely bird. I lowered my body to the ground, it was very hot and the earth was very rough. I tried to be at level with the bird and just enjoyed the moment of being intimate and very close at the bird.

The Indian Nightjar can be found in Southeast Asia and its habitat can be near a forest, flat lands near trees and hills, and it feeds on insects at dusk or during the night. When in flight during the day, as they usually get frightened by an intruder, they flap their wings a few times and glide low and then land quickly. They can’t be far all the time unless they are threatened, in that case they will try to fly a little bit farther away in which it would be difficult to find them after landing. 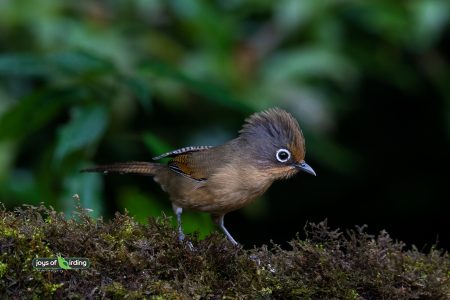 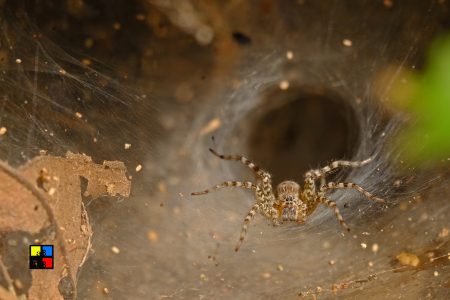 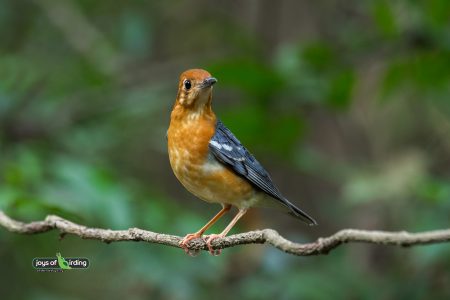