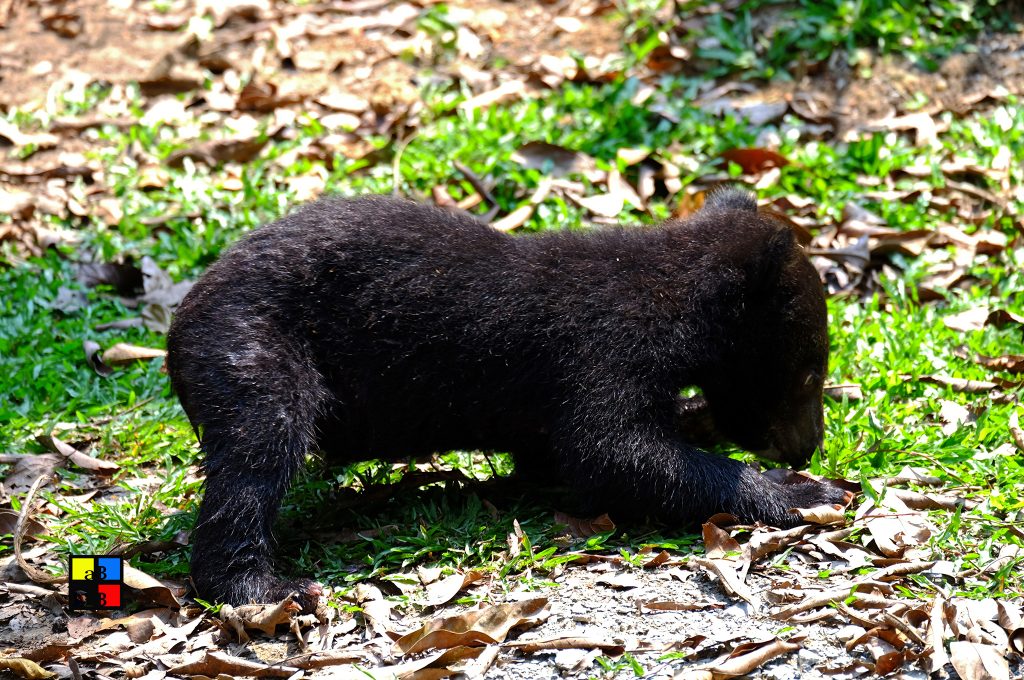 Copyright © 2017 by Ali Bernie Buga-ay, all rights reserved. Asian Black Bear (cub): this photograph may not be used without permission.

Arpha and I had a chance in socialising with an Asian Black Bear cub in which it was found by the park rangers in the jungle as an orphan. The parents must have died somewhere and the cub was left alone and luckily the rangers are doing their job. They were out for their regular routine of scouring the jungle and checking out on the important animals they have to protect.

When I was playing with the cub, it was filled with energy, it wanted to be carried, it climbed a tree, stood on a big rock and jumped back on me, catching it as it fell; so it was playful as any toddler.

The Asian Black Bear has a distinct “V” shape, light coloured patch under its neck. Since this bear is listed as Vulnerable, the conservation effort has been seriously taken under control.