Copyright © 2018 by Ali Bernie Buga-ay, all rights reserved. Crested Kingfisher: this photograph may not be used without permission.

The Crested Kingfisher or Megaceryle lugubris is quite a large kingfisher that is native to parts of southern Asia from eastwards to the Indian Subcontinent and towards Japan.

I had been wanting this bird for a long time and I just wanted to get on with it and just find it. Last February, Brian Hewitt, Chatchawal Phumkaew and I ventured for an early wild adventure in getting the Crested Kingfisher in Mae Wong and we failed. I decided to have my own adventure with the help of Nicha Puttaumnauy, she told me that it was showing in Chiang Dao, particularly a small isolated village called Muangkong. So I took the bus to Chiang Mai last July 26, 2018, driving alone can be difficult as it would be twelve hours to Chiang Mai and then to Chiang Dao, then Muangkong, which is three hours more. I saw the bird, thanks a lot to Nicha Puttaumnauy, I owe her a lot, the place was also scenic and and just so beautiful to be there. I decided to return to Bangkok and cut my days as I discovered that I could not get a ticket to return to Bangkok on the 30th of July. Then I missed it as the bird showed up on the third day when I was leaving for Bangkok also at the same time of the day.

Thawatchai Suttikarn posted his captures on Facebook and I asked for some information inviting Raymond David Pearce and Brian Hewitt. Ray took the invite seriously and left right away last Wednesday morning and got into his hide in the afternoon after almost five hours of driving, he said he saw the bird and he was going to resume the next day. He entered his hide before first light and he got it around 6:30 am. I arrived lunch time on Thursday and I got into my hide right away after adding grass and natural cover around it. The bird did not show up, Brian Hewitt joined on Friday and then Saturday, it did not come. Sunday was my last day, I got into the hide before first light again and a father and son joined me around 6:15 am and I was worried that the wait has been reset; it showed at 6:55 am and I just clicked everything away and changed settings occasionally until it left at 6:58 am; three minutes of intense shooting. My heart was pounding, I checked the shots after one setting to another just to be sure I had everything correctly captured.

The Crested Kingfisher punished me, made find it last February spending two days, four days in Chiang Dao, and another four days in Mae Wong Again. All in all, ten days in staking out this bird with all the expenses and preparation. I got the rare resident of Thailand; it was hard work and dedication plus fantastic reliable information and finally great people sharing to each other the joys of birding. 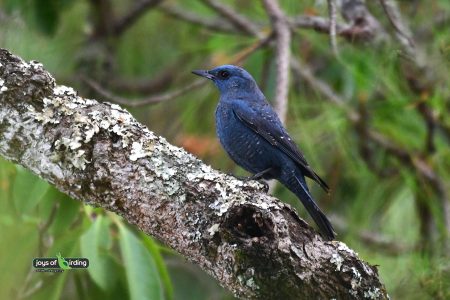 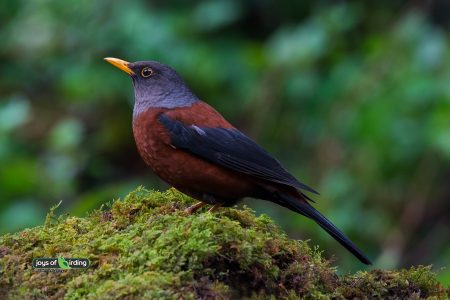